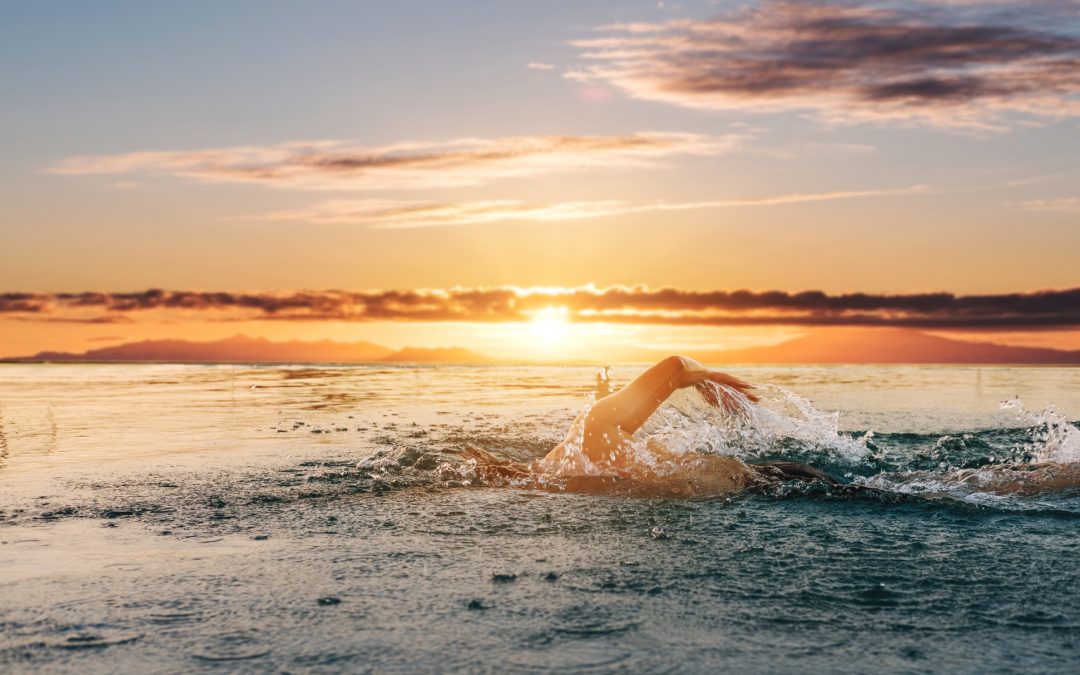 For quite a few years now, I’ve had the belief that when I eventually die it will be death by drowning and that belief has brought with it a nagging fear that sits in the back of my mind, because drowning may come in many forms – it could be in open water, could be in a swimming pool or could be from pleghm-clogged lungs due to asthma or allergies (both of which apply to me)! So, when I tell you what I’ve chosen as my activity goal for 2018, you may well conclude that my mind is indeed a trippy place.

Last year I was delighted when The Outward Bound Trust charity offered me a slot to run for them in the London Marathon 2018 and had started running in preparation for the event, but towards the end of 2017 I started having pains in my chest and my doctors (especially the awesome Dr SIngh!), concerned that my heart may have been damaged by Type 2 diabetes, ordered me to stop running, which led to me eventually losing my marathon spot. As it happened, there was no diabetes damage and the pains were caused by skeleto-muscular injury resulting from an accident. Having lost my marathon place I started to think of another activity goal for 2018. I discovered open water swimming and figured that a one mile open water swim would be doable. So, my activity goal for 2018 is to take part in a one mile open water swim – probably the Henley Mile (which would allow me to swim in the Thames!).

The thing is that I don’t like to be afraid and I do not like to be beaten. Ever. So my unease that I’d meet my doom by drowning was something that never sat well with me, and neither did the fact that I was never more than a barely competent swimmer. That’s why the notion of swimming a mile in open water was both exciting as a target to achieve something I never before thought I could, and would help me tackle the fear that I will die by drowning. I may well still die by drowning, but by heck I’ll do my best to fight it and any fear of it!

Well I’ve tried to approach my swimming goal like a good life coach. My Goal is to ‘Swim one mile in open water, by the end of 2018’ and I’ve made sure that my goal is SMART – that is, Specific, Measurable, Achievable, Realistic and Time Limited.

Specific – To swim a one mile distance in open water.

Measurable – In terms of distance, time frame, location and training programme(s) my goal is measurable and has clear milestones to help keep me on target.

Achievable – This was a bit of a dodgy one but by the start if 2018 I knew I was healthier than I’ve been for quite some time and knew that my body would do pretty much what I wanted it to so I figured that six months of hard work should be enough to get me in shape for the swim (the Henley Mile takes place on Sunday July 15th 2018).

Realistic – Similarly, having decided that my goal was achievable, I naturally I figured that it was realistic too. After all, I could already swim a bit (perhaps two or three lengths, with oxygen breaks!) so I wasn’t coming at it from a standing start. Plus, my swimming tutor didn’t burst out laughing when I told her why I’d started her classes, which also suggested I was being realistic.

Time Limited – I decided upon my goal in January and the event I have in mind is in July. A nice and clear timeframe. My ten week swimming course at Loxford Leisure Centre began in January and will finish on the 19th March, after which I’ll start a fresh ten weeks of pool training. In April I’ll start open water swimming training with London Docklands Open Water Swimming and then have three months to complete my preparations.

In opting to for the one mile open water swim I was also doing something else like a good life coach. I was challenging a couple of what we coaches call limiting beliefs – namely, that I would die by drowning and that I’d never be more than a barely competent swimmer. A limiting belief is a false belief that a person acquires through, for example, an incorrect conclusion resulting from a past event, or an acceptance of something someone else has told them about themselves. The belief grows in power through repetition in one’s mind and becomes a limiting factor in one’s life. The repetition of limiting beliefs is done by one’s own mind whenever we says such things to ourselves as, “I can’t swim well,” I’ll die by drowning,” “People will never like the real me,” “I’ll always be the fat one,” “I’m just no good with money,” “I’ll never have the job I want,” “No one will ever want to commit to me,” etc. etc.

Helping clients identify, recognise and deal with limiting beliefs is one of the key tasks in a life coach’s work, so it was only natural that I deal with two such beliefs in my own life. My activity goal for 2018 is intended to help me get rid of those two limiting beliefs and each time I go to swimming class, each lap I swim, each swimming technique I improve upon, each time that I picture myself having completed a one mile open water swim I am getting closer to being free of two long-held limiting beliefs.

My hope with this blog is that you might be inspired to consider what beliefs you hold about yourself that limit your life, and to take action to liberate YOUR mind and YOUR life.